So good to be back......!
Since the pandemic hit international travel and forced major trade fairs into endless postponements, the PS8 team have been itching to get back to what we do best with our awesome clients.  It was great to be back at ANUGA in Cologne in October 2021.  Thank to the Koelnmesse team for putting on such a great show.

ANUGA Cologne - October 2017
It's a wrap!  Great team effort to pull of our largest event.  Over 130 exhibitors in 5 pavilions at the world's largest food and drink trade show.   Fitbit step count in overdrive!

Team pulled out all the stops in running the Exeter Festival of South West Food & Drink. Here's our moment of fame on stage with Michael Caines and Tom Kerridge!

Richard O'Connor features on the Speciality Food Association's big screens at WFF! Great exposure for the Chocolate and Love brand!

Merry Christmas from us all - December 2016
Don't we scrub up well?  Cheers!

Sandra Sullivan MBE - December 2016
A proud day for the team as Sandra receives her MBE for services to the food industry from Her Majesty the Queen at Windsor Castle.

Summer 2016 Team Awayday - August 2016
After a day of hard work reviewing and planning, the team took time out to relax with our Belgian stand build partners at the Duvel Brewery.  Cheers!

SIAL CHINA 2016
Flying the flag for GREAT Britain at SIAL China - our first ever UK pavilion at this super busy show! 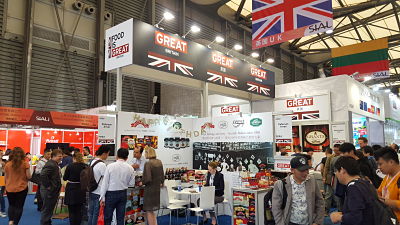 Exeter Festival of South West Food & Drink - April 2016
Sarah was sure she left the sheep here...! 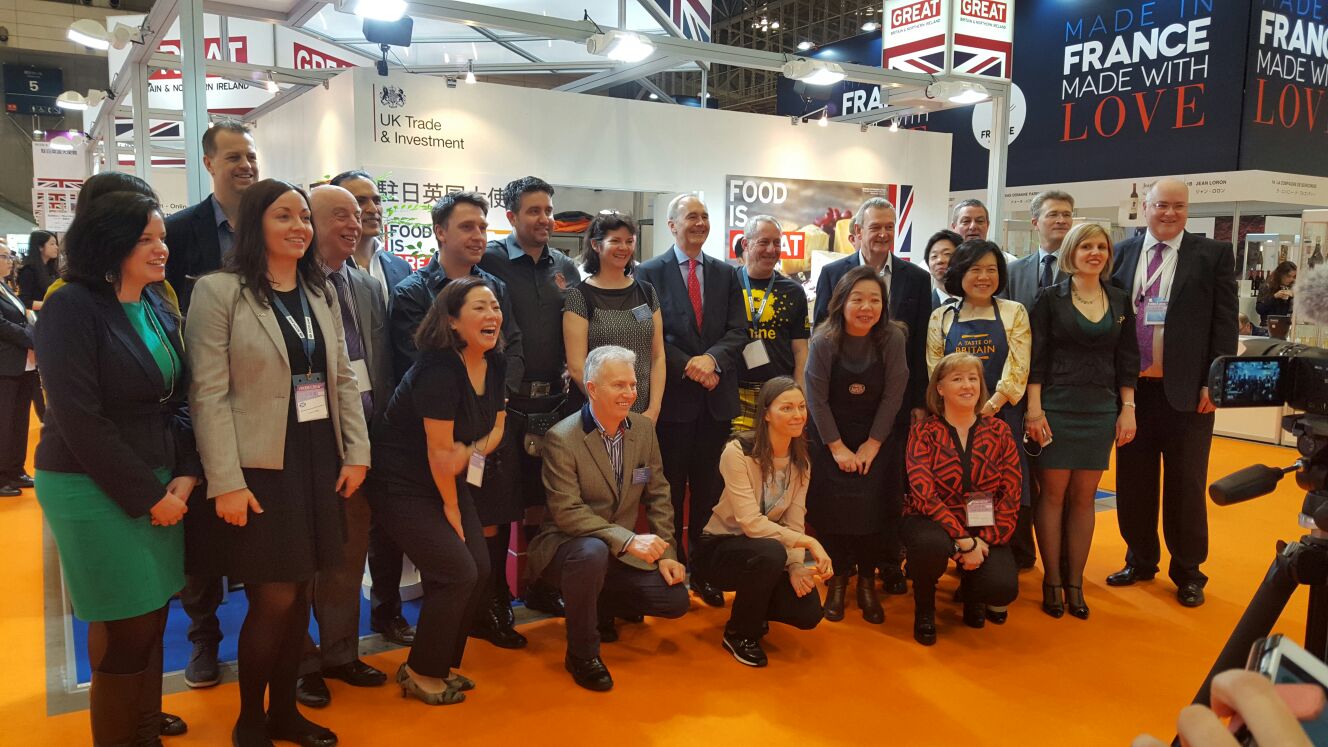 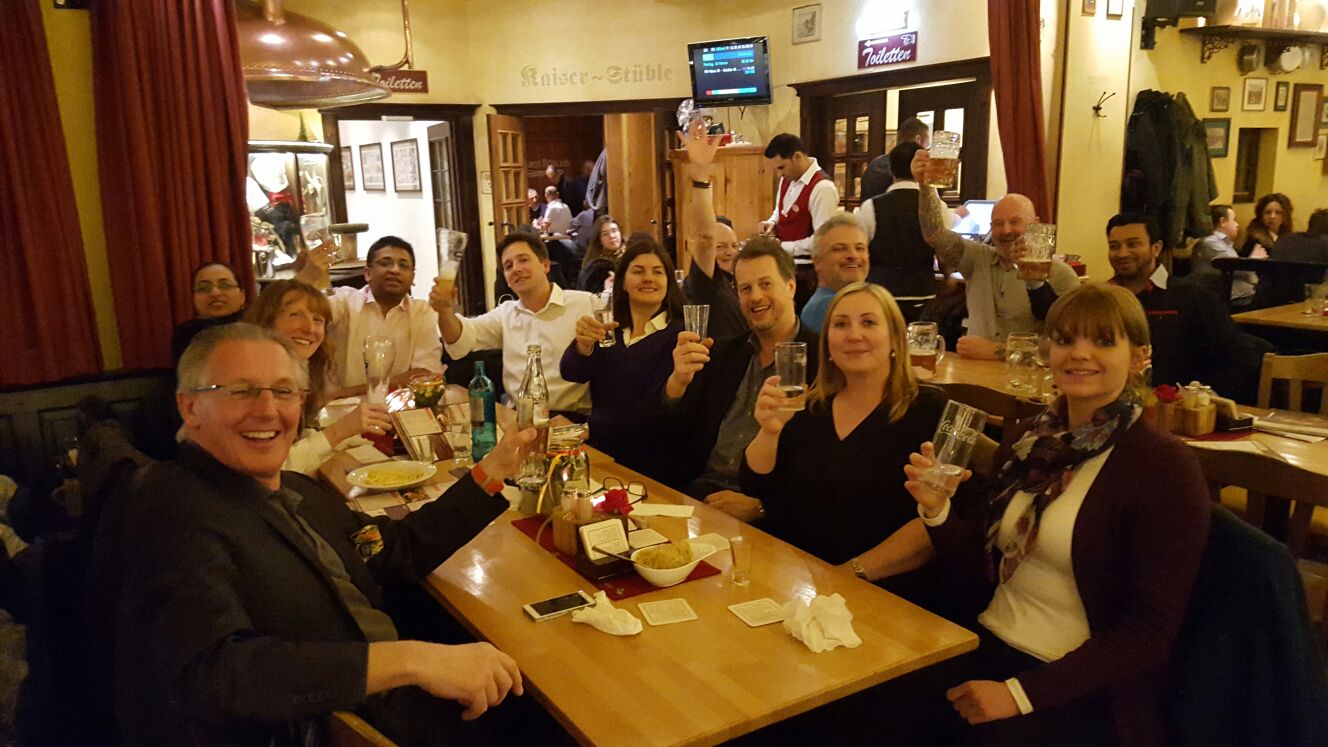 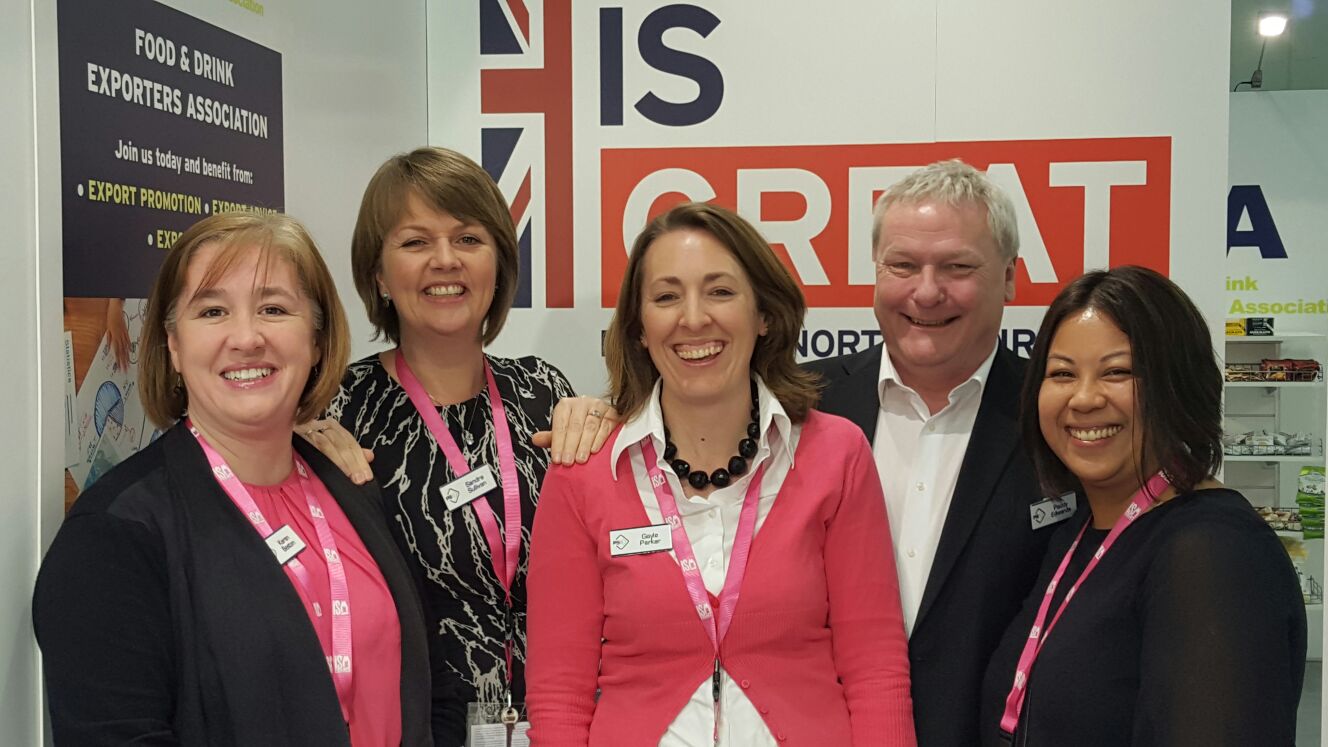 FHC - Shanghai 2015
After a busy show, we take in the Shanghai skyline with a walk along The Bund.  What a skyline!

46 UK producers headed to the Big Apple for a week of export activities at Summer Fancy Food 2015.  After a day at a busy show, what could be better than to toast the success of the UK group  than a Manhatten cocktail at 450 Fifth – a rooftop bar with stunning views of the New York skyline.

Foodex 2015 -  Thanks for all the support from the GREAT UKTI team in Tokyo!

Welcome to Moscone Convention Centre, San Francisco – how often do you see skies this blue in January!  Winter Fancy Food 2015

A warm welcome from the band at the IFEA 2014 Johannesburg opening ceremony.  A nice change from formal ministerial speeches!

Looking GREAT in Paris - October 2014
Last day of build at the SIAL trade show in Paris and taking time out to admire the view from above.  Anyone seen the British stand?!

New York Fancy! - July 2014
Networking events are always a great hit and this room with a view in Manhattan during the Summer Fancy Food Show was a perfect setting to meet with local trade, UK producers and cowboys! Guess who won the prize for best hat?!

Excellent Exeter - April 2014
We're all packed up at the Exeter Festival of South West Food & Drink.  Glowing from a week in the Devon sun and rain!   Not a high vis in sight,  but check out the award - Gold for Tourism Event of the Year at the Devon Tourism Awards 2013   Top team!

PS8 is the Department for International Trade's Trade Challenge Partner for food and drink.

PS8 - the event delivery partner of the FDEA. The trade association for food and drink exporters. Not yet a member? Click through to see the benefits and join today.